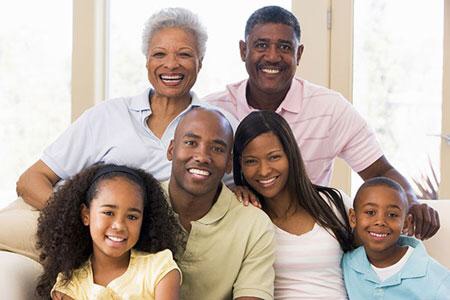 It’s been a long time…shouldn’t have left you without a dope beat…oh my bad! I realize I haven’t posted for a while. Life has a way of making you decide what is most important. God has been granting me the opportunity to refocus and renew. However, I must admit that another major reason for withdrawal is all the constant bombarding of the same old news.

I realize that people are up in arms about every moved made in government. I understand the necessity for the people of God to live prophetically in this unusual moment that has been presented before us. Bigotry is being played before us with no shame as in the days of the 1960’s. We feel all of the injustice all around us. However, I have one great concern that is eating at me just as much as the many issues before us–the denial of our uniqueness.

As a black man in the United States, I find it difficult to feel good about individuals attempting to dictate how a person ought to recognize their unique nature in the midst of an assumed melting pot of diversity. The deeper issue for me is how people have decided to deny their blackness in the name of fitting an incomplete theological narrative. (I warn you all in advance of my potentially assumed rant)

I am a pastor and leader in the Christian faith tradition. I recognize that many elements and branches of the faith have produced ideas that do not remotely associate with the teachings of Christ. Furthermore, many people have taken Scripture and attempted to bend truth into rhetoric designed to produce harm. Criticism and critique of execution of the Gospel from this perspective is necessary and should be engaged in order to produce a group clergy practitioners that are not lazy in the delivery and living of the Gospel.

However, I will not stand for individuals within the faith who are of African decent to continue to dismiss the power of what God place within them. I am as proud today as I have ever been to be black. I thank God that I was created in the part of the Imago Dei that produced the darker melanin that people see. Why? History teaches me that people that look like me created institutions of higher learning. I come from a people that literally used God given creativity to forge movement for equality and equity. Denying those elements suggest that God was incomplete in the work of those in the African diaspora.

To take it a step further, I must reference at least one place in Scripture that provides aide for moments that people deny my uniqueness. When Jesus is on his way to Calvary, a man was pulled out of the crowd to assist in carrying the cross. It was a black man named Simon. The Cyrenian was forced to pick up the cross with Jesus was absorbing the streaming blood pouring out of the Savior’s body. What an image. What a set up.

Imagine you were in a crowd attempting to see what was going only to be pushed into the scene without justification and cause. Treated as a person who was supposed to be an afterthought because the focus was on the execution of an enemy of the state. It could have been anyone. It could have been another. However, a black man was chosen to bear burden and injustice to a place that would usher in redemption and hope.

To deny who I am in the name of a “cleaner, more sanitized” Gospel is to remove the power of suffering, redemption, and victory is the name of cheap grace and empty salvation. The price for years has been too high for the souls of people. The cost remains astronomical for the redemption of the lost. I understand that price that was paid for the freedom of my mind, heart, and soul. I can not allow any thought or incomplete perspective take away that value because they don’t want any blood on their worldview.

I believe in the opportunity for the liberation of all people spiritually. I also believe that a complete understanding of Christ will liberate the minds and souls of those longing for chains to be broken. I believe that the zeal that I possess for systematic bigotry and oppression to be broken is based on the blood on my life. I recognize that current suffering ultimately brings redemption, but it also informs my desire to see that suffering should be the last resort for freedom also.

The blood shocks my blackness to teach my son about the beauty of his heritage and power of his DNA. My blackness informs my self-esteem to never accept the denigration of my existence to make anyone feel superior. It also informs my ability to make people feel the truest sense of community. I am proud to be a Black man who (to borrow from Howard Thurman) follows the religion of Jesus.

For those who feel the necessity to tone down in order make others comfortable, allow me to reintroduce you to the Scripture that informs you of your choice as being “sinful”.

For you formed my inward parts;
you knitted me together in my mother’s womb.
I praise you, for I am fearfully and wonderfully made.
Wonderful are your works;
my soul knows it very well.
My frame was not hidden from you,
when I was being made in secret,
intricately woven in the depths of the earth.
Your eyes saw my unformed substance;
in your book were written, every one of them,
the days that were formed for me,
when as yet there was none of them. –Psalm 139:13-16

Everyone in the world takes pride in who they are. Some people do not do it in the name of God at all. However, take a moment to look at yourself. Remember that the Creator took time to make every attribute of who you are. Yes, society will continue to try and strip you of your value. Nevertheless, you are called to embrace your uniqueness in spite of incomplete understanding. You are not obligated to make others feel better by making yourself feel worse. That idea is abusive. Know the blood has marked you. Know that the Creator made you. Know that you are a gift to the world.

LED TO THE STREAM
In this book, we take the time to break the stereotypical view of the valley. Reaching the bottom is not the end it’s the beginning of seeing a new revelation. This book provides the opportunity for dreamers, despondent life travelers, burned out visionaries, and hopeless people to discover practical steps through the low moments of life.